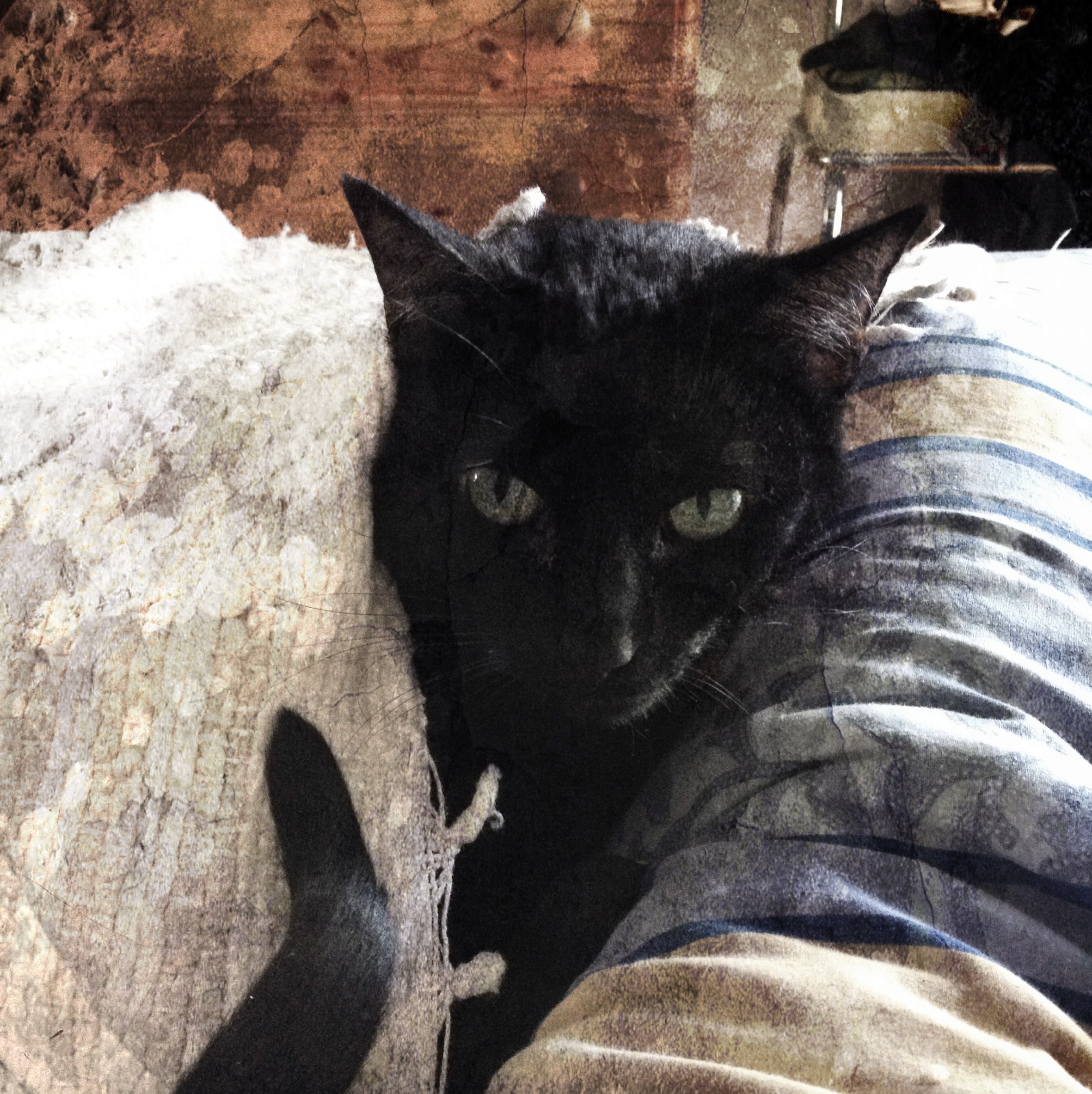 Anyone who knows me knows that I’m not a big shopper. I tend to shop for what I need rather than I want, Ozsale impulse buys notwithstanding. And when I do impulse buy, it’s for items that I’ve had my eye on for a while and appear on my shopping radar: leopard booties, tuxedo shirt, pleather leggings, a specific lens for my camera… that sort of thing. Even when I taught marketing and advertising at TAFE, I’d joke with my students that I was an anti-marketer because of my aversion to shopping as a leisure activity. And I certainly don’t make shopping a priority when I travel!

A few days ago, Marty Nemko wrote about his nine favourite purchases on Psychology Today. He claimed, quite rightly I think, that our favourite purchases tell us a lot about ourselves. So, his article got me thinking about my favourite purchases, and what that says about me. I’ve listed them below in roughly chronological order, and explained why each purchase is important to me.

I can’t remember exactly when I bought my first TV; it would have been sometime in the late 70s or early 80s. I just know I’ve always had access to one, even as a child. I remember being four or five and thrilled about a new program called Adventure Island that was screened. I ran outside to share the exciting news with my mother, who had come home from visiting the neighbours. It was similar to the excitement of being sent home from school to watch the landing on the Moon a few years later. I have very clear memories of shows I watched when I was a child: Dr Who, The Banana Splits, Little House on The Prairie, Young Talent Time, The Wonderful World of Disney, H.R. Pufnstuf, Knock Three Times, Sesame Street. So, when I moved out of my mother’s home into my own flat at the ripe old age of 17 – my 16 year old sister came with me – I made sure I had a TV, even if it was a rental.

It was in the late 80s – when I went to university – that I discovered the ultimate joy of having a TV in my bedroom, which, incidentally, is where one has stayed ever since. I had a flatmate at the time, and I spent many hours in my room avoiding her. Hence the TV. It’s not that she was an awful person, or difficult to live with; she wasn’t. It’s just that while I liked someone helping me pay the rent and bills, it turned out that I didn’t like sharing my living space with anyone. I preferred to live alone. I still do, even though I now share with my daughter.

So why are TVs on this list? It’s because of what TV offers and how this incredible machine has enriched my life. TV has been my constant companion, a companion that I can turn on or off at will. It’s been there through good times (watching TV in bed after making love) and bad (channel flicking aimlessly to help survive a break up). It entertains and enlightens me with stories I love about the human condition: history, romance, tragedy, comedy. It educates me about what’s going on globally: current affairs, news and documentaries. And it reminds me about everything that’s wrong with the world: consumerism, reality TV, game shows, politics. It forces me to think and get angry and recoil in disgust. I chuckle, groan, cheer, weep, empathise. Simply put, TV is about as far away from a passive medium as you can get. It makes me feel.

I bought my unit in 1997 when my daughter was just about to start school. She was not quite five and has recently turned 21. Unlike me, my daughter has lived her childhood, teens and young adulthood in the same place. Most of her life, in other words.

My mother, as regular readers know, moved house every time a marriage broke down. There were three of them, but my siblings and I bounced around with her – between rental accommodation and housing trust properties – a lot more than that. We would move, on average, every two years. It became a way of life for me, and as an adult, I moved around just as much.

Until I had my daughter. I wanted to give both her and I the gift of stability. I wanted a home that I – we – could call our own. That no one – the bank, natural and man-made disasters excepted – could take away from us. So I bought my little two bedroom unit, as run down and dated as it was, for a price that I could barely afford. But it was mine.

Nearly 20 years on, one renovation and a nearly paid off mortgage later, my unit is very much home. It is warm in winter, cool in a summer, cosy without being cramped and super easy to keep clean. And quiet. It’s so very, very quiet. It’s a space that I relish being in, where I can shut out the world and just be. I love that can wallow peacefully in my homebodiness to my heart’s content. But more than that: my daughter knows the meaning of the word home.

I bought my first word processor – it was nothing more than a glorified electronic typewriter – when I was studying for my education degree. It was all I could afford: I was on a supporting parent’s pension, living in a housing trust townhouse (I hadn’t yet bought my unit) and was as poor as a churchmouse, albeit a very happy one.

I discovered the internet in my early thirties when I started teaching. The school I worked in was connected, and I took myself off to a course to learn more. I loved that information and knowledge and data and LOLcats and experts and idiots and Vin Diesel – who I had a mad crush on – were literally a dial-up connection away. By my mid thirties, I’d bought my first computer – a piece of shit Compaq that was always playing up – and signed up with an internet provider. I was on the interwebz, baby!

And being on the interwebz, I survived the Millenium Bug – you should have seen how much water and canned food and batteries I stockpiled! – designed a few websites, ventured into the weird and whacky world of online dating via chat rooms, and wrote my first screenplay. And continued to write: poetry, articles, novellas, short stories, novels. Some projects I finished, most I didn’t. But I did start blogging. And, clearly, I still blog.

I cannot imagine an unconnected life. I consider the internet and a fast internet connection – and I’m not joking when I say this – to be a fundamental human right. Yes, it has a dark, evil, tragic side, but I think the good evens out the bad. The internet levels the playing field. With even just the smallest amount of tech savvy, you can start and run a business, voice an opinion, start a revolution, raise a gazillion dollars, help solve poverty and injustice, and publish… anything. What I love about the internet more than anything else is that it cuts out the middle man. In the words of Seth Godin, you get to pick yourself.

After I renovated my unit, I decided to get a cat. Up until my daughter was born, I’d always had a cat around the place. Debbie, in my teens (she was my mother’s cat, a tabby, named after the woman who gave her to us); Seefer, in my early 20s (he was my sister’s cat – a big, black tomcat); and Murphy, in my mid 20s (she saw me through a couple of broken hearts but moved out when my daughter was born). I decided to get a cat because was I recovering from another(!) broken heart, my daughter was growing up, and, well, it just seemed like a good idea.

So about six or seven years ago, Bella came into my life. She was a rescue cat; she was about six months old when I saw her on the RSPCA’s website and I fell in love with her, bought her and brought her home, much to my daughter’s horror. Apparently, black cats scared the bejeezus out of her. I refused to be swayed by a belligerent teen, and I became Bella’s human and gave her her furever home. She loves humans – especially the boy kind – so I refuse to believe that she was mistreated; rather, I choose to think she was lost and that’s how she ended up at the RSPCA for adoption.

Bella is an inside cat (she learned very early on that outside was not for her) and my constant companion. Wherever I am, she is there. I sleep with her (yes, in my bed, under the covers, my arms wrapped around her warm body, her head resting on my shoulder, my chin on her head). We watch movies together, read together, write together, hang out together. I find her presence comforting and nurturing and centering. I love how she purrs at the drop of a hat. I love how she snores and emits sighs of pure contentment while she sleeps. I love how she rubs her face on mine. I love how she knows exactly when it’s her dinner time. I love that she is snarky sometimes and rips shreds off my arm just to remind me who’s boss. I love that she ignores me for a week if I go overseas, just to make me pay for leaving her with my daughter, who is clearly not me! I love her, and hope and pray that she lives a long, happy life alongside me.

The second part of my ten favourite things will be posted next week. That reminds me: I also have to finish the next installment of Things remembered fondly!

6 thoughts on “My ten favourite purchases 1.0”

Please consider donating as a thank you!

This website uses cookies to improve your experience while you navigate through the website. Out of these cookies, the cookies that are categorized as necessary are stored on your browser as they are essential for the working of basic functionalities of the website. We also use third-party cookies that help us analyze and understand how you use this website. These cookies will be stored in your browser only with your consent. You also have the option to opt-out of these cookies. But opting out of some of these cookies may have an effect on your browsing experience.
Necessary Always Enabled
Necessary cookies are absolutely essential for the website to function properly. This category only includes cookies that ensures basic functionalities and security features of the website. These cookies do not store any personal information.
Non-necessary
Any cookies that may not be particularly necessary for the website to function and is used specifically to collect user personal data via analytics, ads, other embedded contents are termed as non-necessary cookies. It is mandatory to procure user consent prior to running these cookies on your website.
SAVE & ACCEPT
Like this essay? You won't want to miss the next one.Subscribe now!
+