I will find you…

I’ve been getting a little dark thematically with the last few posts. Thought I’d lighten things up by discussing one of my all time favourite movies. 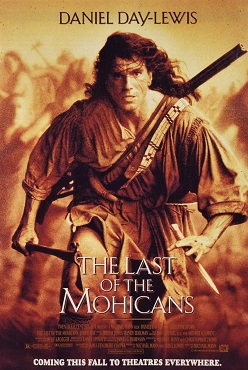 I watch The Last of the Mohicans every few months, because I get so much out of it as a viewer. I am devastated that I only discovered it relatively recently (it was made in 1992). That’s 20 years of prime viewing that I’ve missed. For those of you haven’t watched it, I am hopeful that this post will send you to your nearest library or DVD store so you can see why I make such a fuss about this movie.

I discovered Mohicans via the original Shift Happens YouTube video. The music stirred something deep in my soul, so I searched to find its origins. I was surprised that it was from the movie, but must admit that I didn’t hurry to watch it. Eventually I did though, and completely fell in love with the story. The soundtrack is haunting, moving, beautiful. If ever I marry, I will walk down the aisle to The Kiss, a fiddler playing it. If you haven’t heard it, I’ve included it below for your listening pleasure.

Michael Mann is the genius behind Mohicans. The screenplay (which, according to Wikipedia is based more on the 1936 film by George Seitz than James Fenimore Cooper’s novel) is what I would describe as minimalist (don’t expect too much dialogue); the film is brooding and moody, with much of it being shot at night. Visually, it’s just stunning. The opening scene immediately hooked me. We see Nathaniel Hawkeye hunting elk with his adoptive Mohican family, Chingachgook and Uncas, complete with blood-stirring music. I’m not going to be a spoiler, though, so if you want an overview of the story, see the Wikipedia entry here. 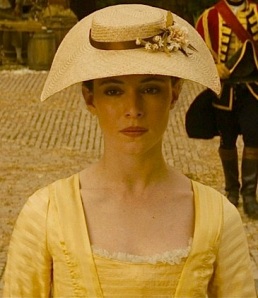 While we see Hawkeye as the central character, Mohicans is Cora’s story. When we first meet her, she is a prim and proper Englishwoman, neat and coiffed. As she discovers more about herself and life in colonial America, she slowly sheds the facade and unleashes her true self. The love affair between Cora and Hawkeye is beautiful to watch, as is the unfolding attraction between Cora’s younger sister, Alice, and Hawkeye’s adopted brother Uncas. The final scenes in the movie are result of the latter attraction, and I never fail to howl at the moon at the unfairness of it. But the love that blossoms between Cora and Hawkeye is rich and deep, and I would love someone to woo me with: “What are you looking at, sir?” “I’m looking at you, miss.”. Talk about swoony!

At the other end of the spectrum is Magua, surely one of the most compellingly evil villains in movie history. He is motivated purely and simply by revenge. The fact that he utters the chilling words: “I will kill the grey hair and wipe his seed from the earth” in such a moderate, reasonable tone makes him all the more psychopathic. Major Duncan Heyward is a character who would be easy to loathe because of his blind allegiance to the King and his willingness to massage information. His selflessness and sacrifice towards the end of the film forces me to admire him and feel compassion for him and the awful situation he finds himself in. If you’ve seen the movie, you’d have to agree that this is the ultimate in redemption scenes.

Like all good stories,  Mohicans is about love, loss and redemption. And like all good movies, I feel an emotional connection to the characters. I never fail to howl at the injustice of it all at the end of the film, and I’m glad for that. I would hate to be a person who felt nothing after watching Mohicans.

Fucktardedry transcends cultures (what I know for sure)

This website uses cookies to improve your experience while you navigate through the website. Out of these cookies, the cookies that are categorized as necessary are stored on your browser as they are essential for the working of basic functionalities of the website. We also use third-party cookies that help us analyze and understand how you use this website. These cookies will be stored in your browser only with your consent. You also have the option to opt-out of these cookies. But opting out of some of these cookies may have an effect on your browsing experience.
Necessary Always Enabled
Necessary cookies are absolutely essential for the website to function properly. This category only includes cookies that ensures basic functionalities and security features of the website. These cookies do not store any personal information.
Non-necessary
Any cookies that may not be particularly necessary for the website to function and is used specifically to collect user personal data via analytics, ads, other embedded contents are termed as non-necessary cookies. It is mandatory to procure user consent prior to running these cookies on your website.
SAVE & ACCEPT
Like this essay? Don't miss the next one!Subscribe now ♥
+