And what have you done? Another year over, and a new one just begun. ~ John Lennon 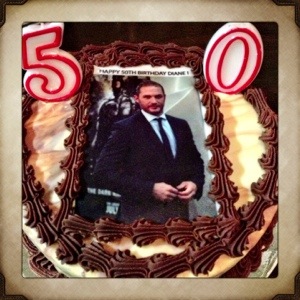 A month or so ago, I turned 50. I didn’t have a “milestone party”. Instead, I spent it in a beautiful part of Turkey, doing what I love: travelling and taking photographs.

But turning 50 deserves some sort of recognition, applause even. After all, not everyone makes it this far. In some countries, 50 is considered positively ancient because life expectancy and outlook is so poor. But I’ve talked about the lottery of location previously, so won’t belabour that point here.

Western cultures tend to mark 50 as the halfway point of our lives. We are encouraged to think about what we’ve achieved thus far, and what is still on our “bucket list” to check off. Where we’ve succeeded, and where we have failed. Wins and losses. What we still have to look forward to, and what we must leave in the past. So in the sprit of nihilist existential navel gazing a lá Adrian Mole, here is my list of my proudest “have dones” and deepest, darkest “have yet to dos”.

Because in the end, you won’t remember the time you spent working in the office or mowing your lawn. Climb that goddamn mountain. ~ Jack Kerouac

Been a mother – being a mother is a role I have relished. I have loved shaping and guiding a person that I, literally, have created. And I think I have been good at it. Not perfect mind you, but damn near good enough. When you consider that I grew up in what was essentially a toxic household, you will understand why I am proud of the mother I have turned out to be. And the strong, caring, spirited daughter I have produced. And the (mostly!) wonderful relationship we have created and nurtured.

Educated myself – I was the first one of my immediate family to attend university, although I didn’t get there until my mid twenties. And I have never stopped learning, advancing all the way to being a doctorate candidate. I always enjoyed school and was good at it, and have been ever grateful to the wonderful teachers at Grant High School who instilled in me a lifelong love for learning. I am also very grateful to Steve Jobs and his disruptive vision that has made it possible to continue my journey for free via MOOCs.

Travelled – I did not start travelling internationally until my late forties. I was too busy raising my daughter on a single income, and later, trying to make things work with The Italian, to even contemplate going overseas! So when my daughter left school and entered the workforce in 2010, I declared that this was the year I was going overseas. And I have taken an overseas trip every year since. Next year I intend taking two!

Bought a house – they say there is no good time to enter the real estate market, and with that in mind, I bought a home unit in 1997. The bank and I paid a tad under $95 000 for a two bedroom, double-brick unit that was in urgent need of a facelift. It was in a very good suburb, though, just east of Adelaide’s CBD. I struggled for years to make the mortgage payments on a part-time wage, but I did it. In 2008 I renovated, and now, almost 20 years later, my mortgage is the size of a postage stamp and my unit is worth five times what I paid for it. And, more importantly, my daughter has lived in the same place since she was four years old. Considering how much I moved around as a kid as each of my mother’s marriages went pear-shaped, the enormity of this particular achievement cannot be overstated.

Embraced creativity – I have always been a creative person: I took both Art and English as matriculation subjects, but when I left school, Art went by the wayside. I dabbled in crafts like knitting, crochet, sewing and tapestry throughout my teens and twenties, to the point where I could knit a decent Aran or Fair Isle jumper, could whip a suit jacket or bathers, and had my tapestries framed. I learned how to mosaic in my late thirties, went back to art lessons in my early forties, and discovered photography – and that I was good at it – in my late forties. My dream is to somehow combine writing, travel and photography to earn a living.

Found contentment – possibly due to my aforementioned toxic childhood, I have always wanted more and better: more education, a better job, more recognition, better pay, more experiences, better relationships. You get the gist. In the last 12 months, however, a new paradigm has emerged: contentment. I realise I am content with my life: there is much to be grateful for. I have a job that pays well and gives me enough time off to pursue my thirst for travel adventures. I have an active social life, but one that allows me to take time out to read, contemplate life and watch all the TV. My daughter is happy and doing well for herself. I am growing as an artist. That doesn’t mean I won’t not strive to reach the metropolis of Betterment, but I think the town of Contentment is a nice place to be, and very underrated.

Have not done (yet)

Been published – and by this I mean published in the traditional sense: words on paper, bound up in a book and sold in bookshops, and perhaps, just perhaps, making The New York Times best seller list. We all know that what becomes popular is a fluke, but (as the saying goes), you have to be in it to win it. And actually, I’d be happy with an eBook doing well on Amazon! The truth is the only writing I do anymore is on WordPress and at work, but I have started a number of creative projects over the years. Best I finish what I started and get them out there, methinks.

Become bilingual – at high school, I was streamed into the academic pool, which meant Maths, Physics and Chemistry, with English and Art to round everything off. I didn’t have a chance to learn French (the language dú jour) because the timetable wasn’t conducive. Since I started travelling, I have really noticed how much of a liability NOT speaking another language is. I admire anyone who can switch with ease from English to Turkish, Greek, Chinese, Indonesian, Slovenian etc. I am in the process of rectifying this, though. I am teaching myself Spanish, and I’m doing it all on my mobile phone via Duolingo. Ah, the marvels of modern technology.

Mastered my weight – I have struggled with my weight since my mid twenties. I’m not huge, but I’m not svelte either. I lost lots of weight after I had my daughter, gained it back during my thirties and then some, and lost it going into my forties. In the last five years, I have lost over 10 kgs – twice – and am staring down the barrel of having to lose it all over again. Again! I thought that my magic bullets were long distance running, maximising protein and minimising carbs. They’re not. What I have failed to realise – but which is now clearly evident – is that vigilance is my only weapon.

Climbed the corporate ladder – one of the main reasons I went to university was to open up career opportunities for myself, first in teaching, then in the public service. I developed my EQ and self-awareness, learned all I could about leadership (I wanted to be a leader, not a manager), even specialised in communications. Where did it get me? Not nearly as far as I thought. What I didn’t realise – but now do – is that talent, a good education and a strong moral compass are useful only when opportunities arise, but it is more luck that they do. People – women especially – that make it are the exception rather than the rule. And I’ve been beaten around the head enough by the Powers That Be to know that I don’t want a leadership role unless I am there to truly make a difference, and my peers are there for the same reason.

Run a half marathon – I started running in 2011, and in that time I’ve slowly built up my kilometers to run just over 12 kms in an event earlier this year. Unfortunately, this event put me out of action for a while, just as I was about to start my half marathon training. So, I’ve started training to run my first half marathon this year, with my eye on running the Lake Maggiore Half Marathon in 2015. And who knows? I may even decide to start training for a full marathon once I’ve got a few halves under my belt.

Met Tom Hardy – regular readers will know how much I adore Tom Hardy, and it’s not because he is so handsome. Ok. I lied. It’s totally because he is so handsome! But it’s also because I admire him. He is a wonderful actor who has experienced much hardship in his life, mainly from his choices as a youth. He was arrested as a teen for car theft, developed a drug and alcohol addiction shortly afterward, and indulged in very risky behaviour through his twenties. Still, he has managed to rise above it, and carve out a lucrative career as a respected actor, as well as give back to youths who are at risk. That sort of resilience coupled with a sense of social justice is incredibly sexy.

(The cake in the picture was something my daughter organised for me before I went overseas. I mightn’t have met Tom Hardy – yet – but I did get him for my birthday!)

Please consider donating as a thank you!

This website uses cookies to improve your experience while you navigate through the website. Out of these cookies, the cookies that are categorized as necessary are stored on your browser as they are essential for the working of basic functionalities of the website. We also use third-party cookies that help us analyze and understand how you use this website. These cookies will be stored in your browser only with your consent. You also have the option to opt-out of these cookies. But opting out of some of these cookies may have an effect on your browsing experience.
Necessary Always Enabled
Necessary cookies are absolutely essential for the website to function properly. This category only includes cookies that ensures basic functionalities and security features of the website. These cookies do not store any personal information.
Non-necessary
Any cookies that may not be particularly necessary for the website to function and is used specifically to collect user personal data via analytics, ads, other embedded contents are termed as non-necessary cookies. It is mandatory to procure user consent prior to running these cookies on your website.
SAVE & ACCEPT
Like this post? You don't want to miss the next one.Subscribe now!
+